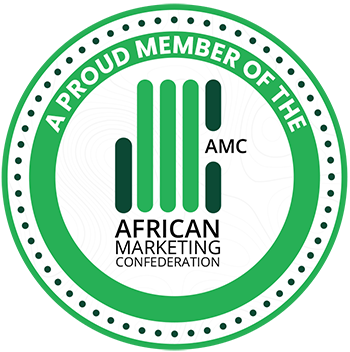 Government has commended the Marketers Association of Zimbabwe (MAZ) for hosting the Sourthen Region Exceptional Marketing awards highlighting that noble initiative resonates with its Devolution Agenda.

Speaking at the inaugural awards, Guest of Honour, Deputy Minister of Industry and Commerce, Honourable Rajeshkumar Modi said the awards were important as they recognised effort and excellence.

“I would to commend the Marketers Association of Zimbabwe for putting these awards together as they not only boost confidence in the Sourthen Region but also a show of excellence from regional personnel. As Government we commend such efforts from the private sector,” said Hon Modi.

He highlighted the awards theme ‘Strong Brands Link to Regional Growth’ is apt as it resonates with Government’s thrust of devolution.

“As you may be aware Government is implementing economic devolution where provinces and districts will act as economic hubs competing with each other to attract investment and transform themselves into economic zones with own gross domestic product (GDP) to ensure sustainable and equitable development of the country.

We need strong brands from the Sourthen Region that will spur economic growth in all the provinces. In the previous years Bulawayo was the economic hub of the country and we are working together with the private sector to ensure that it goes back to its former glory as well as all the other provinces through the devolution agenda,” he said.

Hon Modi highlighted that the years 2020 and 2021 were really tough for business due to the Covid 19 pandemic which made the environment hard to operate in.

On that note, Hon Modi implored the private sector to be part of the National Development Strategy 1 which is the economic blue print of the country.

In his welcome remarks at the Awards, MAZ Executive Secretary, Mr Gillian Rusike said the idea to host the Awards came after the realisation that there were members in the region who work tirelessly pushing their brands but probably fail to be recognised the national awards as they save a specific segment market.

“With that in mind ladies and gentlemen, we therefore decided to honour and reward excellence for our members in the Southern Region comprising of Bulawayo, Masvingo, Midlands, Matabeleland North and Matabeleland South Provinces,” he said.

Mr Rusike demystified a lot of misconception about Awards highlighting that Awards are not supposed to be just a money making activity but need to be held in dignity, authenticity and genuineness.

“It is not a competition but awards are held in order to give recognition where it is due. They are meant to massage the ego of those who genuinely deserve them. We are excited to announce that us at MAZ, we try as much as possible to be genuine and authentic in our quest to recognise our members. The process is open for any and all to witness.

He added that the evidence of the work produced is visible for all, be they statistics, figures or profits they are definitely all at hand.

“Professionalism is at the centre of our conduct when we are dealing with processes, and we as your secretariat always provide the support to our committees to ensure that all is transparent and clear to every eye or ear. In order for us to further authenticate the results we celebrate, our biggest awards The SuperBrands Awards are the only awards that are verified by auditors in the countries. Assuredly, the same spirit we always carry in all other awards we conduct as we are fully conscious that brands and personal brands are expensive assets hence we don’t want to be found wanting,” said Mr Rusike.

He added that the main thrust of MAZ is to push for the recognition of the marketing profession hence we have come up with various initiatives and programs to push the profession.